When Google announced Chromecast in July and then began selling it for $35, tech geeks everywhere whipped out their wallets. The device, which plugs into your TV’s HDMI port, allows users to “cast” their phone, tablet, or computer screen for viewing directly on their TV. With apps like HBO Go and at such an affordable price, quitting cable TV became a logical money-saving decision for many. 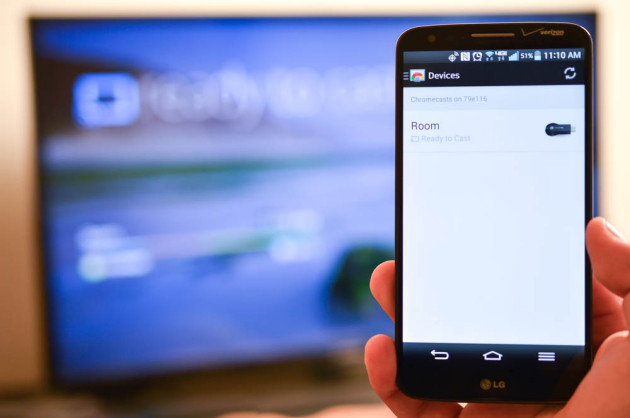 The real alluring promise with Chromecast, though, is for developers to offer Chromecast support in their own apps: your favorite apps and games on your big screen TV with the press of a button.

Not so: the Google Play Store’s dedicated list of Chromecast Apps is still stuck at 17.

For developers to develop for Chromecast they need access to the Google Cast SDK. Existing Chromecast supported apps were likely made possible by invitation only, with a private SDK being made available to handpicked partners. That walled garden opened up on February 3rd as the Google Cast SDK went public.

Great! So now the Chromecast apps should start flooding in, right?

Not so: in a somewhat confusing move that has some developers perplexed, they’re able to create Chromecast supported apps but can not compile them for submission to the Google Play Store.

The Google Cast SDK is what developers need to create Chromecast supported apps, but when they compile that code – for newbs think of it as .zipping it up – they need another SDK: the Google Play Services SDK.

The Google Play Services SDK (GPS) is already publicly available, but it’s GPS version 4.2 that includes the necessary updates for “building” apps with Chromecast support. That version of GPS has begun rolling out but is not yet complete.

Android phones and tablets the world over are likely getting this update as we speak. Considering how many Android devices are roaming planet earth, there’s no telling how long the rollout might take. It’s an impossible feat to ensure every single Android device receives the update, but Google is asking developers – even those currently able to compile their apps – to hold off on uploading their new creations to the Google Play Store.

Dayframe caught in the crossfire

Dayframe is currently a slideshow app for your phone or tablet (read the Dayframe review on Phandroid) but, with Chromecast support, it turns your HDTV into an interactive slideshow for photos and albums pulled directly from your device. Very cool idea, but unfortunately, Cloud.tv had to pull the app from the Google Play Store.

Why? They admittedly jumped the gun. Google wants a larger worldwide GPS 4.2 install base before unleashing Chromecast apps to the masses.

(If you already purchased Dayframe for Chromecast support, Cloud.tv will give your money back and let you keep the premium version! You can request a refund here.)

Slew of Chromecast apps are imminent

First of all this isn’t a bad thing Google is doing. They’re right for wanting to hold the user experience to a high standard by ensuring the largest number of users possible have Google Play Services 4.2. However, this could have been communicated better to developers, which is why we’re sharing this article now.

For users this means the “hundreds of developers” who signed up could likely have their finger on the go button, waiting for Google’s green light to launch Chromecast support. Because GPS 4.2 has been rolling out for almost a week now, there’s a good chance that the green light could come very soon.

Perhaps a matter of days, but we’re guessing a couple weeks at most.

What apps would you love to see get Chromecast support?

Are there certain apps you currently own that would absolutely rock your world with Chromespot support? Or maybe there are apps you don’t currently have, but you would download and/or buy them if Chromecast support was offered? 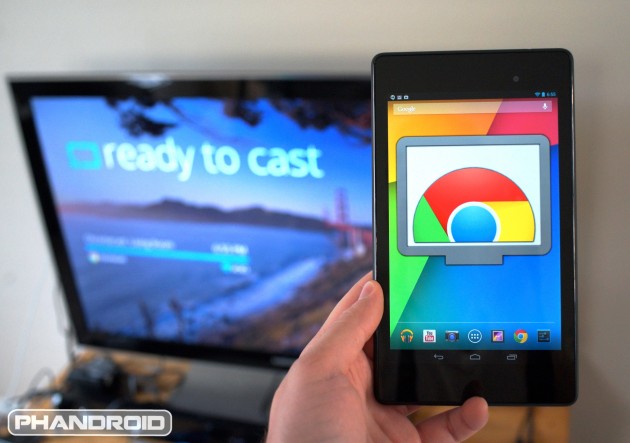 Right now the Chromecast slate is practically clean, but developers always like feedback on what features users want… let them know in the comments.

And as always, there’s lots more discussion happening in our Chromecast Forums.