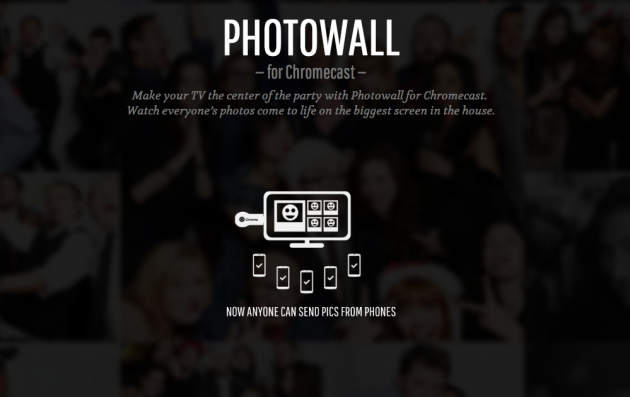 Google has just released Photowall, a Chromecast service that allows you to share your images to a TV screen. It is a relatively simple service, showcasing the functionality, interaction and fun that Chromecast can offer.

The user can easily initiate a Photowall from any browser, smartphone or tablet. One simply needs to have a Chromecast device available in the same network as the device(s). After setting up a Photowall, other users can join in and share more images to the same screen.

Why is Photowall important?

Well, I can see Photowall being an awesome service to use when having a party, for example. It definitely looks like a fun app, but this is not exactly why Google released it. The Search Giant is not really looking to make such Chromecast apps, they really built it to show developers what they can do with Chromecast.

This is officially the first Chrome experiment for Chromecast. Now that the Google Cast SDK is released and ready, developers need to get creative and get some awesome apps up. Photowall is just Google telling them: “well, look at what we could do with it”. Even though this is made for developer inspiration, it continues to be an awesome app/service. Those who want to give it a try should download it from their respective sources. I know I will.