I wouldn’t exactly say Chromecast is a sleeping giant, afterall it won TIME Magazine Gadget of the Year, but it’s most powerful features were taking a little slumber, waiting to be awakened by a little API alarm clock. Today, Google announced a number of brand new Chromecast Apps, extending the capabilities of an already awesome Chromecast product and opening the door to a very bright future. 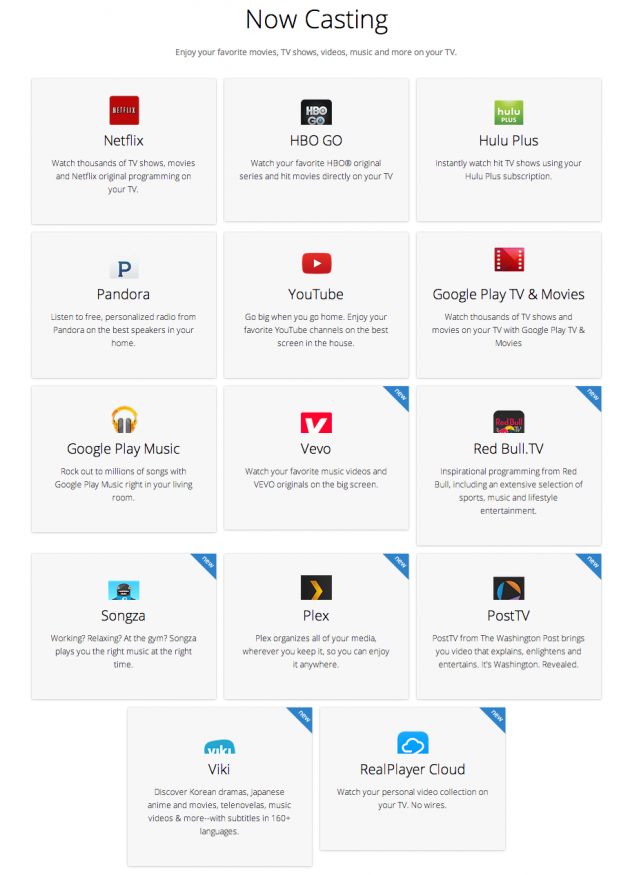 All the latest Chromecast Apps can be found on the Official Chromecast App Page. Here is the full list of apps seen on that page, now available on Chromecast:

Several apps are not included on that list quite yet, including Avia, which allows you to stream content from tons of different sources from your mobile phone to your TV. (Check out an exclusive Avia Review by Phandroid.com)

If you own a Chromecast, give all the new apps a try and let us know what you think in the comments (and of course, on the Chromecast Forums!)