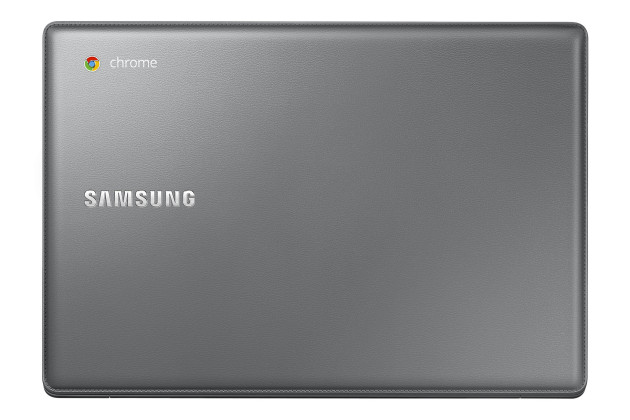 We were just saying that Samsung must be close to announcing the Samsung Chromebook 2, as the price and other details were leaked. We didn’t know it would happen so quick, though! Samsung has just announced its new higher-end Chromebooks and now we have all the official details for you!

We know you all want to know about those specs, so here we go! These laptops are actually a bit better than we were expecting. 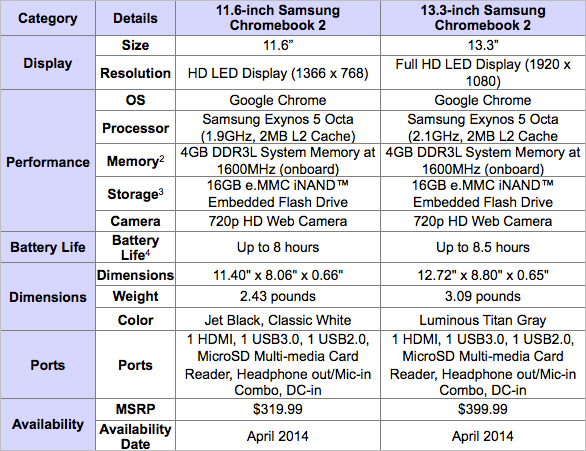 So the specs are a little different, but we are close enough. Hell, in some areas it is actually better! The difference in screen resolution happens to be the only downer, and that is if you want to get the 11.6-inch version.

The 4GB of RAM sounds very nice for a Chromebook! This will make multi-tasking and browsing multiple windows/tabs much smoother! The processor is also clocked a little lower on the smaller version (1.9 GHz vs 2.1 GHz), but that is probably just to make up for the difference in resolutions. Performance should be ok.

Also unknown to us in the past was the fact that these laptops will be offered in multiple colors. You won’t get every color option with both iterations, though. The 11.6-inch Chromebook 2 will be available in both Jet Black or Classic White, while the 13.3 computer will come only in Luminous Titan Gray.

Will you buy it? 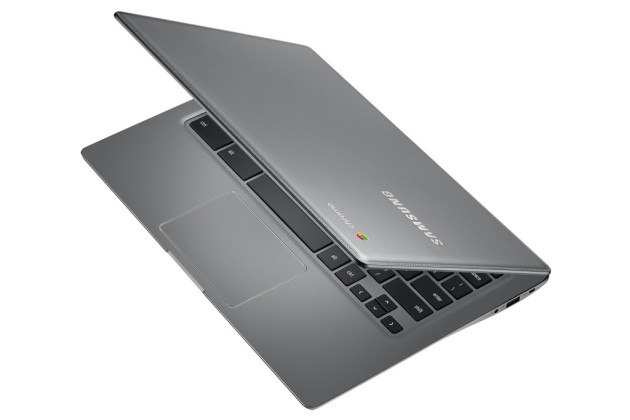 Personally, I am more impressed by these laptops than I thought I would be. They are not made for the affordable market, but Samsung does mention the original Samsung Chromebook will stay in the market. You can opt for those if you are looking for something easier on the pocket!

As for the Samsung Chroembook 2, the specs, amazing battery life and build quality seem to make up for the new prices. I am not a big fan of the fake leather design and believe new high-end Chromebooks should all come with touchscreens by now. For these two reasons, the Samsung Chromebook 2 is not the laptop for me.

I do happen to own a Chromebook Pixel, though. The Samsung Chromebook 2 laptops may be the very best Chrome OS laptops after Google’s Chromebook. Will you take one of these home?