Last night we had the pleasure of attending an exclusive Samsung event where they presented the Samsung Chromebook, officially named the Samsung Series 5 Chromebook. The actual presentation didn’t feature anything new, but we DID get hands-on the first ever Chromebook for the first time.

We were pretty impressed with both the hardware and the software. The Samsung Chromebook is sturdy yet light and has a great look and feel. The interior retains the matte finish seen on the CR-48, contrasted by the glossy exterior with Chrome logo. 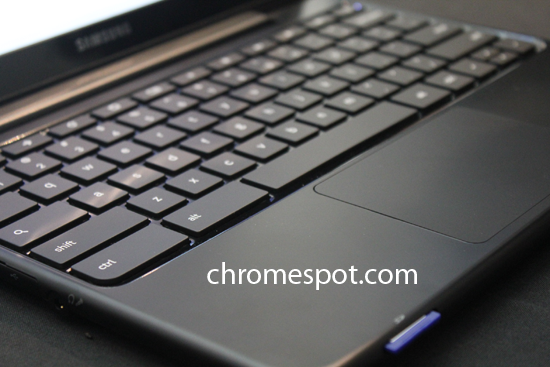 Samsung is known for bright and vibrant screens and their Chromebook isn’t any different. Representatives from Samsung and Google indicated the Chromebook was optimal for viewing both indoors and out, but this is a factor we weren’t able to test. The HD webcam on the front looked like it had excellent quality, however we weren’t given an exact megapixel count. 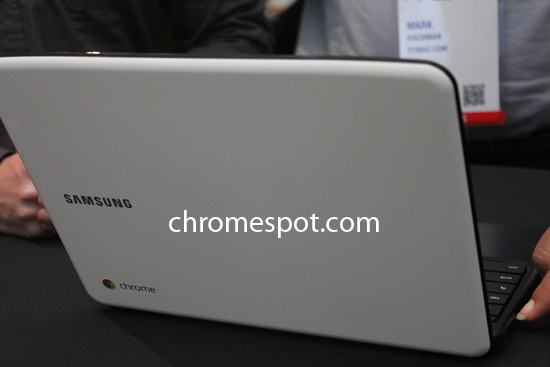 The Chromebook was full of helpful ports including 2 USB ports, VGA port, and Card Reader. It didn’t have an HDMI-out port, although I wonder how many people will really care considering the Chromebook’s purpose. Also interesting to note is the device’s exceptional battery life and the inability to remove the battery – it’s built in. 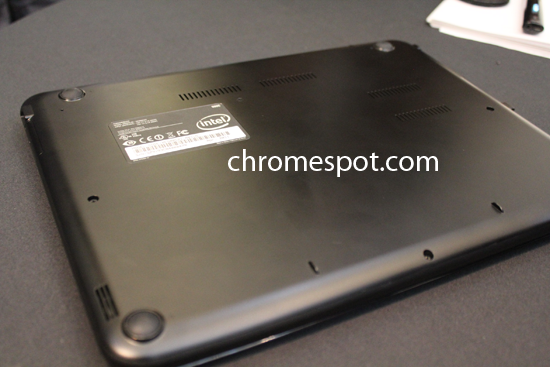 The keyboard and trackpad were well spaced and enjoyable to use. The trackpad problems fixed on the CR-48 have left nothing behind on the Chromebooks – those seem to be problems of the past. They were actually fixed with a software upgrade and the new version of Chrome running on the Samsung Series 5 seemed really polished and enjoyable. As more and more Chrome Apps and Extensions are made available, the experience on this device will only improve. As for software, ChromeOS is no longer broken as it was on the CR-48. A revamped file manager allows you to access documents and multimedia with ease. It was a huge complaint of mine – probably the hugest – and I’m glad Google realized just how elementary their old implementation was. This version of ChromeOS also looks a bit different as far as visuals go, but they didn’t stray too far from the norm. The experience just feels a lot more refined overall and should be a viable option for anyone who doesn’t need to do any heavy lifting. 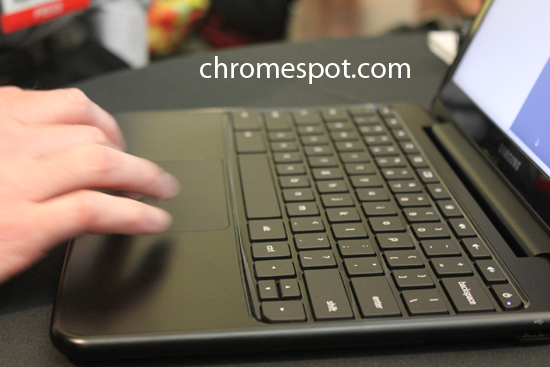 After an initial hands-on with the Samsung Series 5 Chromebook I’m really excited for it to launch. We’ll be getting our version hopefully in the next couple weeks and it goes on sale to the general public on June 15th. If you’re interested in the Samsung Chromebook, make sure you visit our Samsung Chromebook Forum to learn more.